I’m grateful for flexibility. Not just because this weekend was available when the previous one rained out, or because the crescent moon’s brightness on Friday provided the impetus to stay awake longer. Mostly, I’m very glad to have kept enough strength for holding binoculars upright for several hours.

Silly as it sounds, a Messier Marathon is a unique kind of endurance challenge. There’s coffee chugging to ward off circadian patterns. There are wind and temperature variances, forcing people into (or shedding) layers. Crouching or reclining for long periods will cause muscles to tense up and cramp.  And then there’s issues like self-doubt, as an observer seesaws between maps and eyepieces. Did they find the object? “Can someone confirm it? Or is everyone else busy? Maybe I should look at the map again…”  Maybe more coffee is needed (or it may be time to “purge old coffee”). 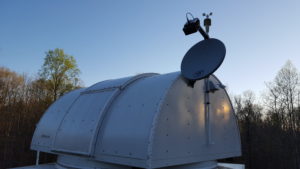 Finally, there’s the culmination of hunger, sleeplessness, frustration and shivering from the cold that pushes one into a sleeping bag, saying “there’s always tomorrow.”

Among the attendees at Mike and Shirley’s was a retired mechanical engineer. It took him several hours of obedient observing before he finally asked, “So who was this Messier guy, anyway?” When compared to the wealth of information contained in the New General Catalog, or in the Hipparchus archives, or the Henry Draper Memorial, Charles Messier’s famed list was actually a summary of things he didn’t want to see at all.  He was looking for comets, and constantly being fooled by these interloping — yet seemingly stationary — non-cometary celestial objects.  It wasn’t his mission to understand either their composition or origins, and he recorded them just so he’d stop looking in their direction.  Essentially, his greatest contribution to astronomy was essentially a Top 100 of “Don’t Look Here”

Still, his Reject List composes a staple product for astronomy clubs all over, and our earthly position in March provides a rare opportunity to observe all 110 objects in a 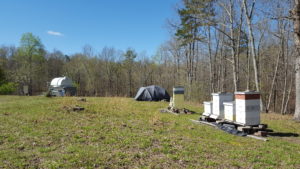 single night.  Of the seven people at our Marathon, three were logging their finds, then pointing them out for others to see.  There were disappointments and successes of all kinds; the Virgo Cluster became very difficult to navigate with binoculars, while globulars in Ophiuchus, Lepus and Hydra became the low-hanging fruit.  The more we looked directly overhead, the more difficult the task became. But when we turned to the horizon, things appeared with an astonishing clarity.

With amateurs converging from Alabama and Tennessee, there was plenty of activity through early hours.  This was also an opportunity to test the sky quality after moonset, with magnitude readin

The forecast for Friday was much better than Saturday, but it was Friday that delivered the goods and Saturday that socked us out.  For that, I’m especially grateful to have stayed up the night before. A big tip of the hat goes to Mike Worthy and Shirley Murphy for hosting all of us this weekend, and many thanks to everyone that came out.